Devonshire House was never a factory, but rather was the administrative headquarters of the Rootes Group. Photographing this building was a bit tricky as there is a very busy city happening around it.

Devonshire House is situated on the block formed by Piccadilly, Berkeley Street, Mayfair Place and Stratton Street. It’s opposite the Ritz Hotel and close to many famous landmarks, including Buckingham Palace.

The easiest way to get there is on the underground. Devonshire House is conveniently positioned directly above Green Park Station. 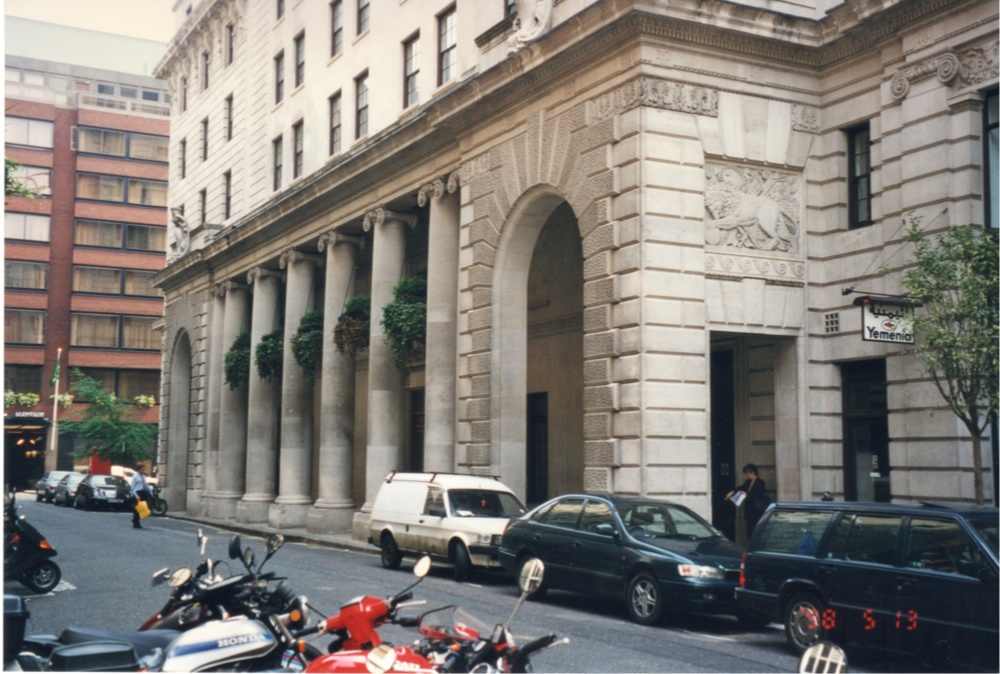 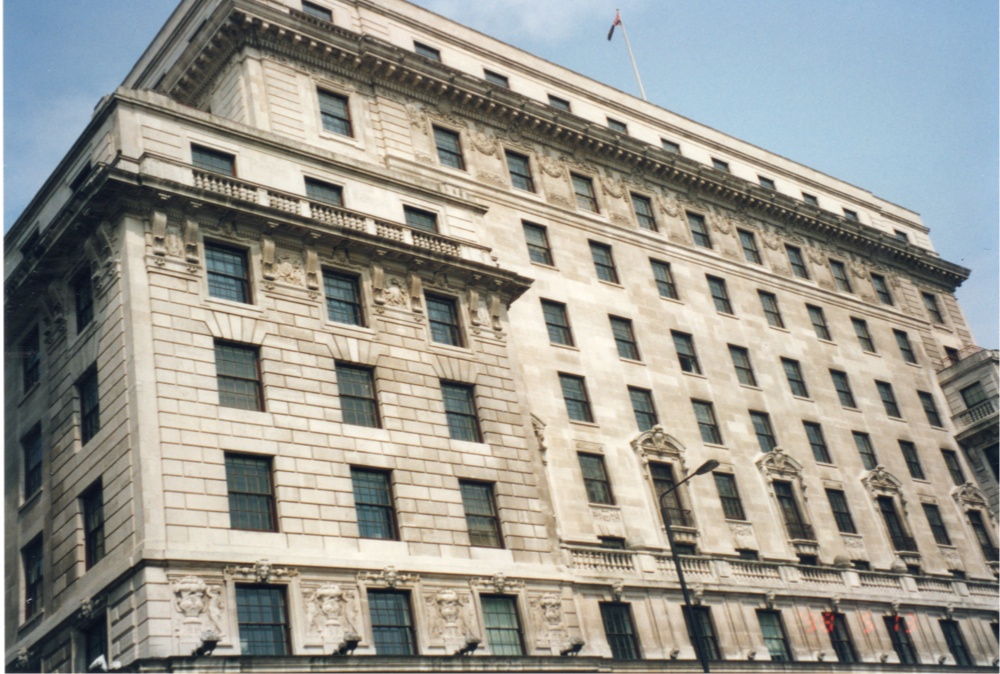 The corner of Piccadilly and Stratton Street. 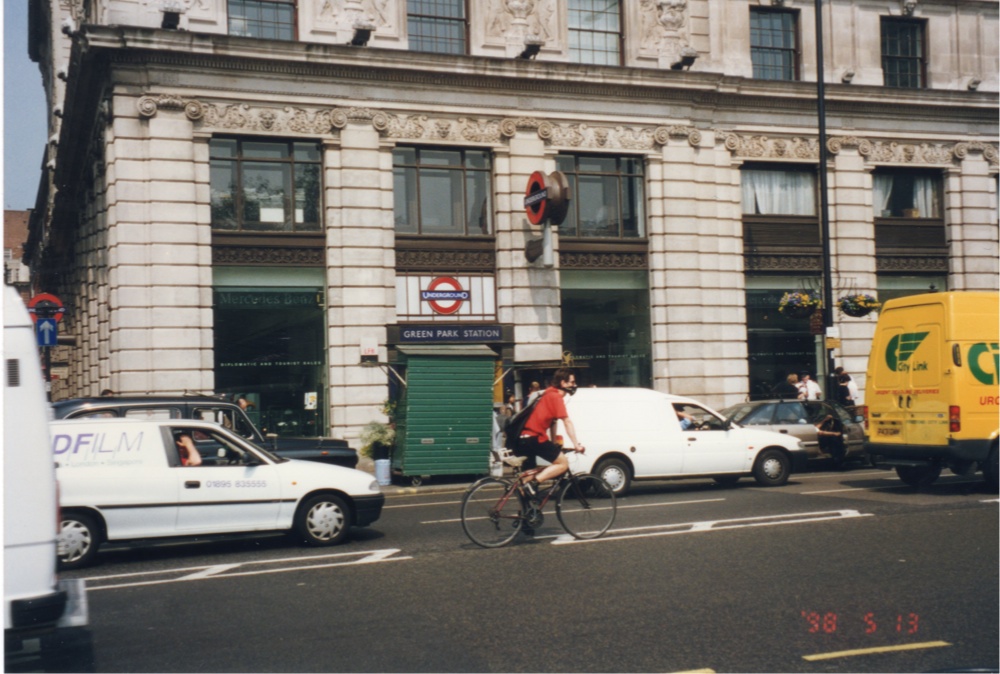 The corner of Piccadilly and Stratton Street. The old showrooms have been partitioned. When this photo was taken there was a Mercedes dealer on this corner, with a Saab dealer in the centre showroom. 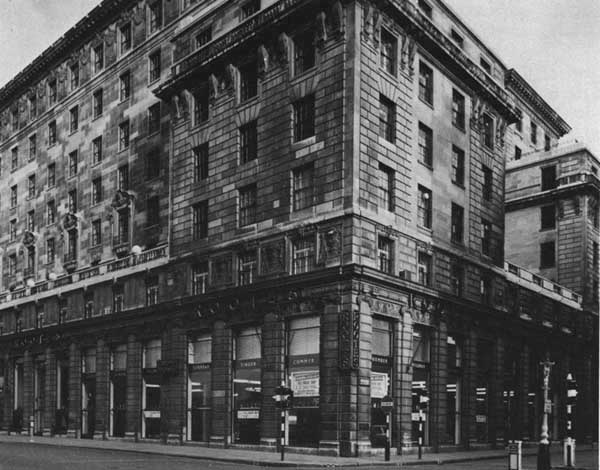 This last photo was taken in the sixties. It appears to be the corner of Piccadilly and Berkeley Street. At the time the above photos were taken this was a Canon showroom. From Graham Robson’s Cars of the Rootes Group