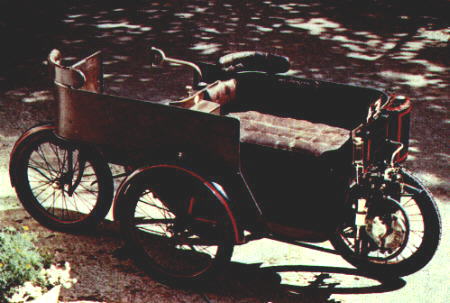 The Sunbeam-Mabley was the first Sunbeam to enter series production. Designed by Maxwell Maberley Smith, it was remarkable for having its wheels laid out in a diamond formation. This unconventional design was intended to prevent the car from skidding.

It was powered by a single cylinder 2.75 hp De Dion engine. The cylinder head was water cooled, while the block was air cooled. It was belt driven and had a two speed gearbox. The two middle wheels were the driven wheels and the two end wheels were for steering. The driver sat in the back, steering by means of a tiller.

The Mabley sold for 130 pounds when it first went on sale and approximately 130 were built.