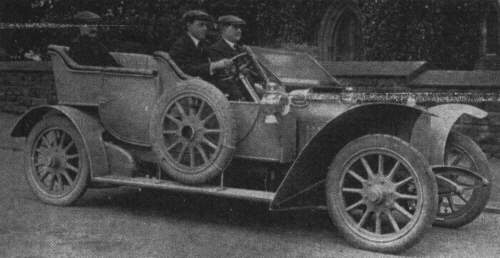 The first Louis Coatalen-designed Sunbeam, the 14/20, broke with tradition in employing a shaft driven live axle. It was however available with chain-drive too. It used a T-head four cylinder engine with bore and stroke of 95 x 135 mm and capacity of 3828cc producing 54bhp @ 2300rpm. One Coatalen innovation found in this engine was a sump mounted oil pump. This car was later known as the 16/20.

In October 1911, a new 4070cc four cylinder engine was announced for the 16/20. This was a L-head monobloc design. A Claudel-Hobson carburettor was fitted.