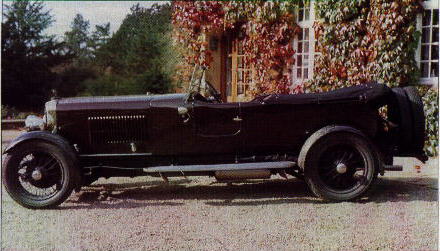 The 3 Litre Twin Cam Sunbeam engine was designed in 1923 by Vincent Bertarione with input from Georges Roesch. Louis Coatalen was responsible for putting the package together, using a chassis based on the Sunbeam 16/50.

The E sanction 3 Litre was launched in 1925 and demonstrated by Henry Segrave.

The engine was a 2916cc six cylinder, with two valves per cylinder, twin overhead camshafts and twin Claudel Hobson carburettors. As with Sunbeam racing cars, dry sump lubrication was used.

Initially the car was criticized for having a weak chassis. Once this was put right it came to be known for its handling and controllability.

For 1926 the F sanction was released. It addressed shortcomings in the original design. The distinction between E and F sanction cars is blurred though, there being some intermediate cars featuring parts of each model.

A supercharged model was introduced in 1929.