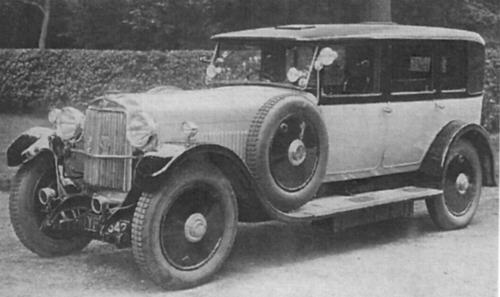 Only about 65 Sunbeams of this type were built.

Initially launched for 1926 as the 30/90, it featured a straight eight engine of either 4825cc or 5028cc with a four speed gearbox and Claudel Hobson carburettor. These engines had 9 bearing crankshafts and dry sump lubrication. Semi-elliptic front suspension and cantilever rear suspension were again used. It was fitted with a mechanical brake servo.

Both types were available in saloon and limousine body styles, and the 30 was available as a tourer.