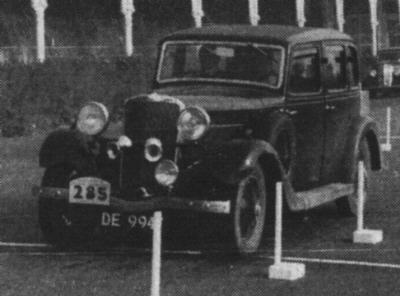 The Dawn was the last design of the old Wolverhampton-based Sunbeam concern. Subsequent cars were all Rootes designs.

It featured a 1627cc overhead valve four cylinder aluminium engine and Zenith carburettor. It had independent front suspension by means of upper wishbones and a transverse spring. As launched it used a Wilson pre-selector gearbox.

Saloon body styles only were available.

Around 575 Dawns were made.