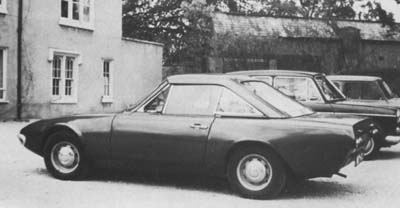 The stillborn Asp was intended as a baby sibling to the Alpine. It was based on Imp running gear and it appears Rootes were undecided on whether to use a steel or fibreglass body. It was to be available in a closed model (Asp) and an open model (Cub). There are suggestions that the Cub would have used a different layout to the Asp, being mid-engined.

Had it reached production it would have been targeted at the MG Midget/Triumph Spitfire market. According to reports it was indecently fast for its size.

Sadly only one (or possibly two?) was built before Chrysler cancelled the project. The prototype was sold to Alan Fraser’s racing team who were interested in putting it into production, however nothing came of this.

One thought on “Sunbeam Asp & Cub”