My photographs here are a bit disappointing. The plant was surrounded by trees and I found it hard to get any decent photos from ground level. In the end I had to settle for the plant entrance. I wasn’t allowed in here, despite the “Welcome” sign.

At the time, the plant was still in use for car production and I got the impression they did not want prying eyes watching what went on.

View Larger Map
The following photos were taken on 26 April 1998. 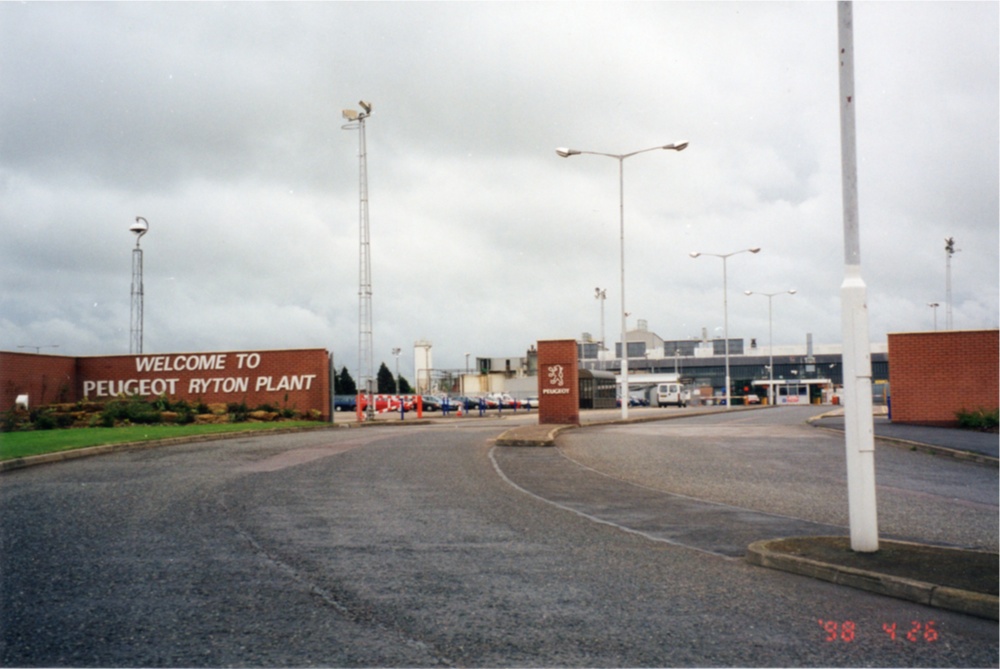 Facing the plant from the direction of Coventry. 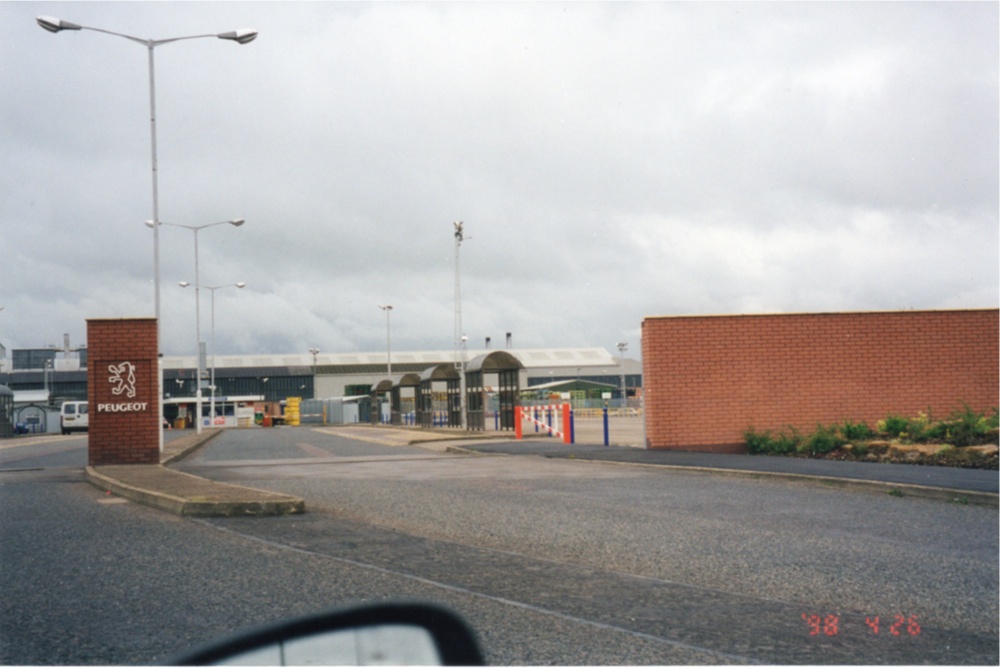 Ryton in 1982. On the left hand edge of the photograph, about two thirds of the way up, you can see the junction of Oxford and London Roads. It was from here that my photographs were taken. Coventry can be seen in the background. From Graham Robson’s Cars of the Rootes Group.