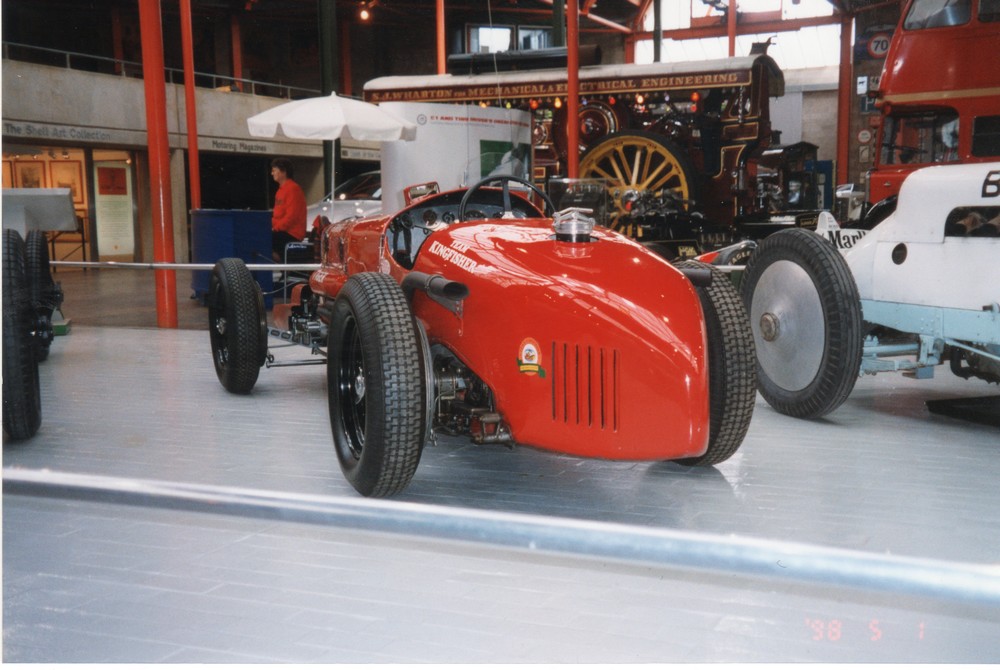 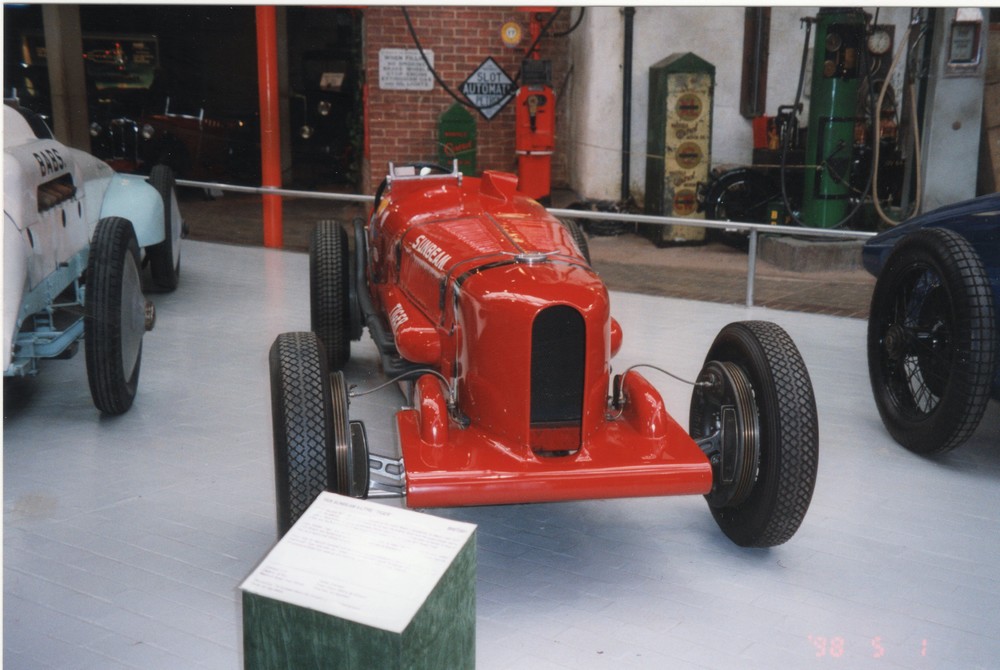 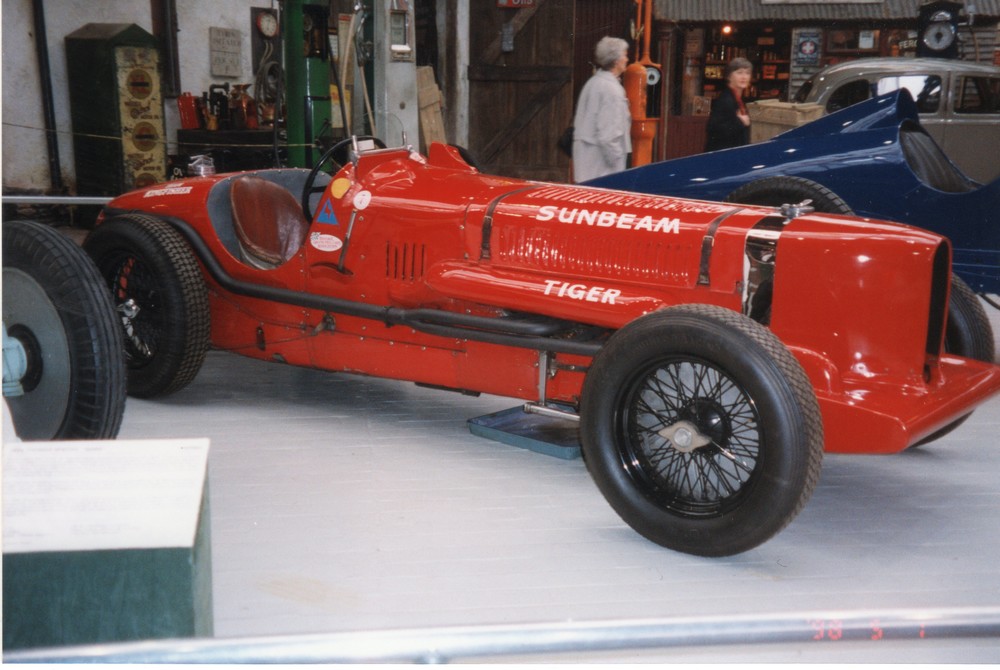 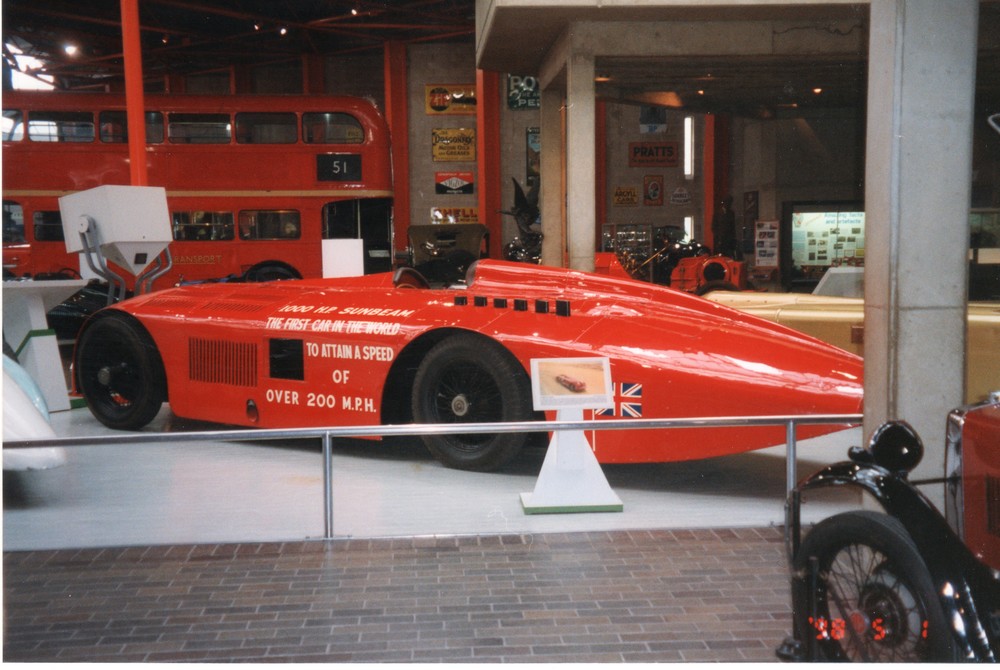 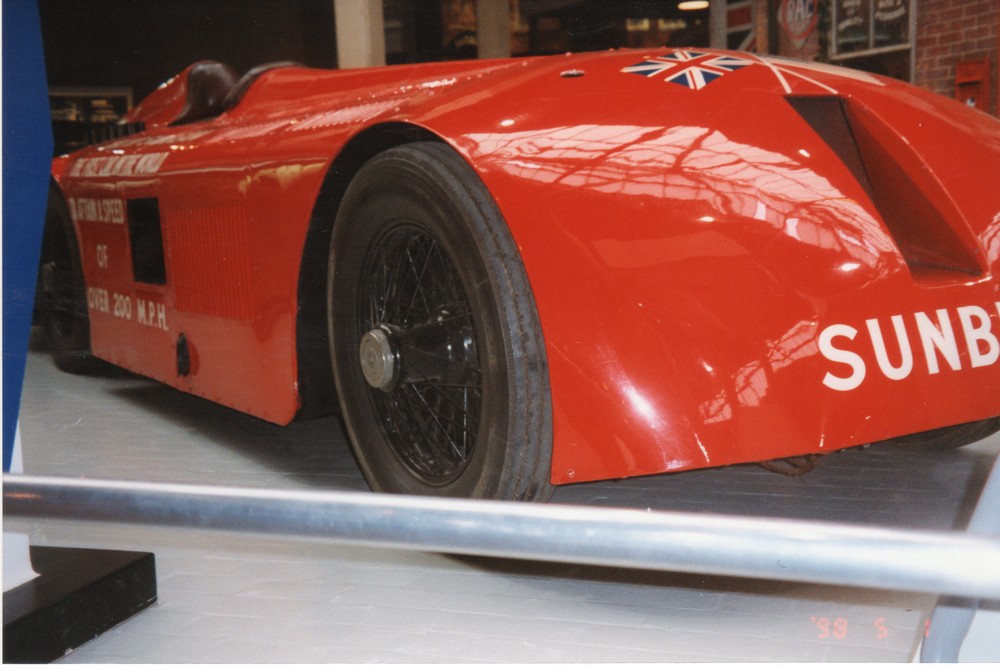 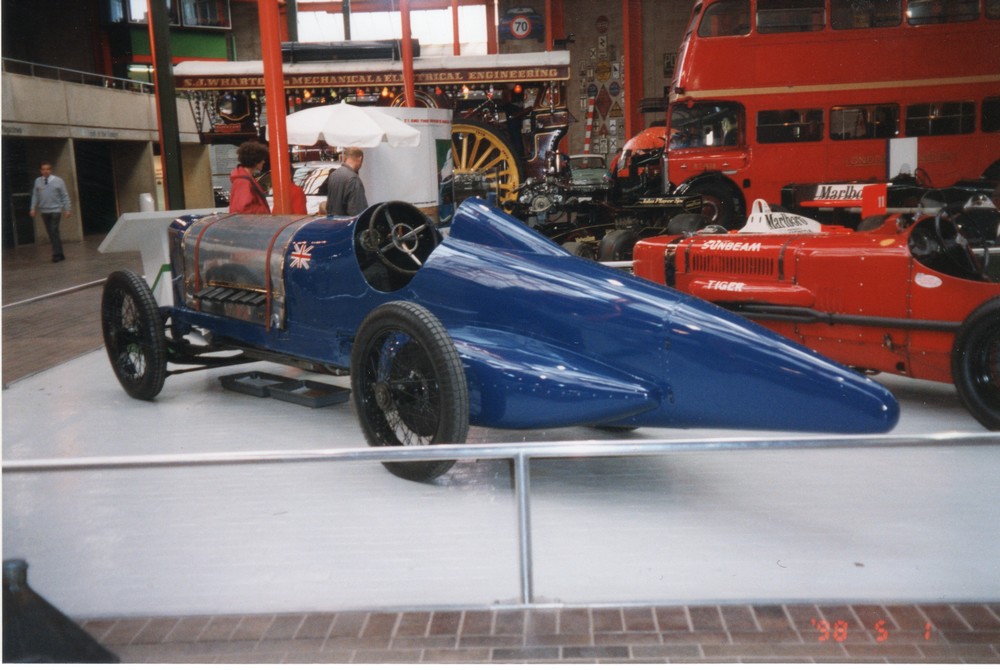 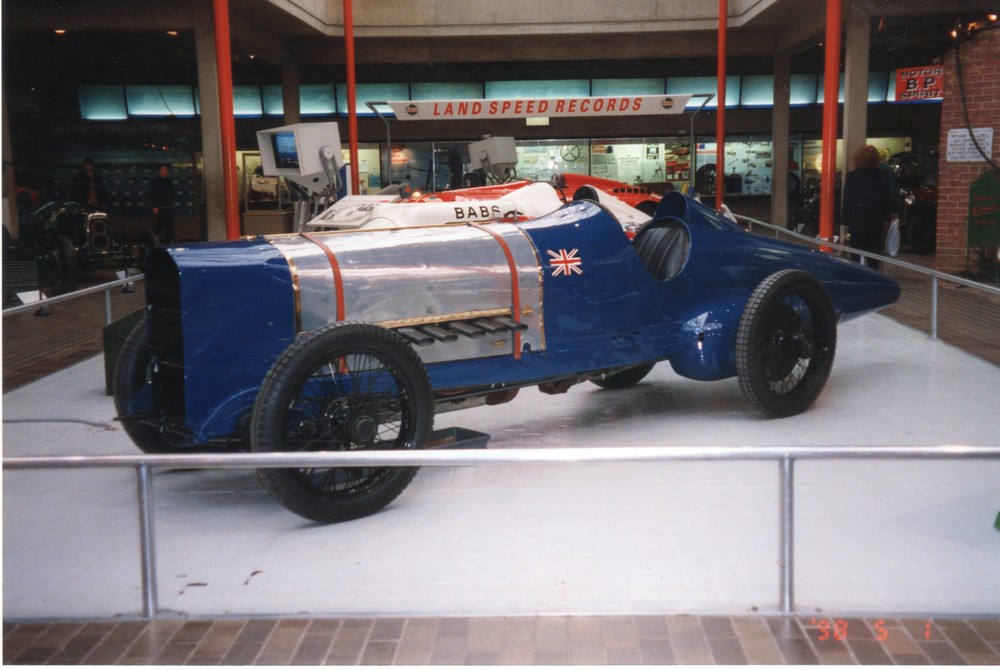 Sunbeam 350hp Bluebird – This car was originally driven by Kennelm Lee Guiness who set the World Land Speed Record at 133.75 mph in 1922. Malcolm Campbell then had it rebodied, renamed it Bluebird and raised the record twice, ultimately achieving 150mph. 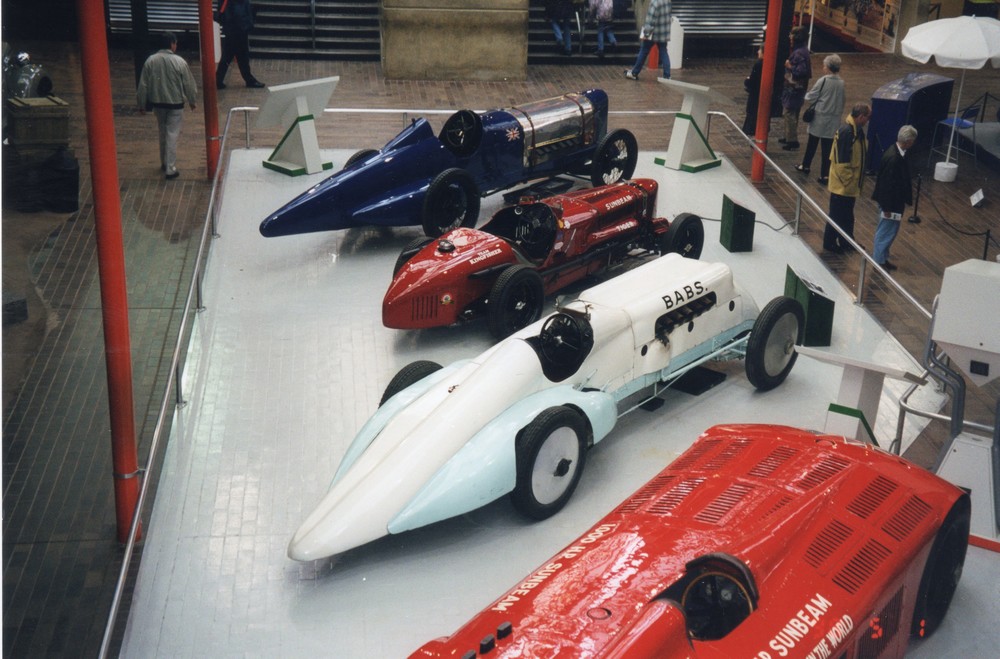 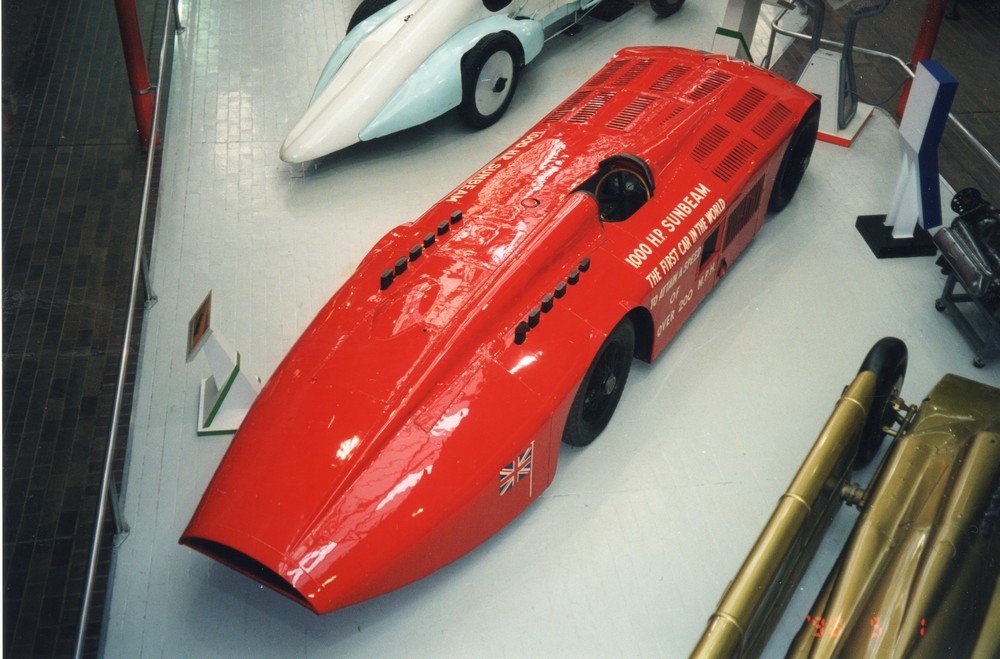 The fourth car on display here is Parry Thomas’ Babs. Thomas tragically died at the wheel of this car during an heroic record attempt. Just out of shot is Segrave’s Golden Arrow.